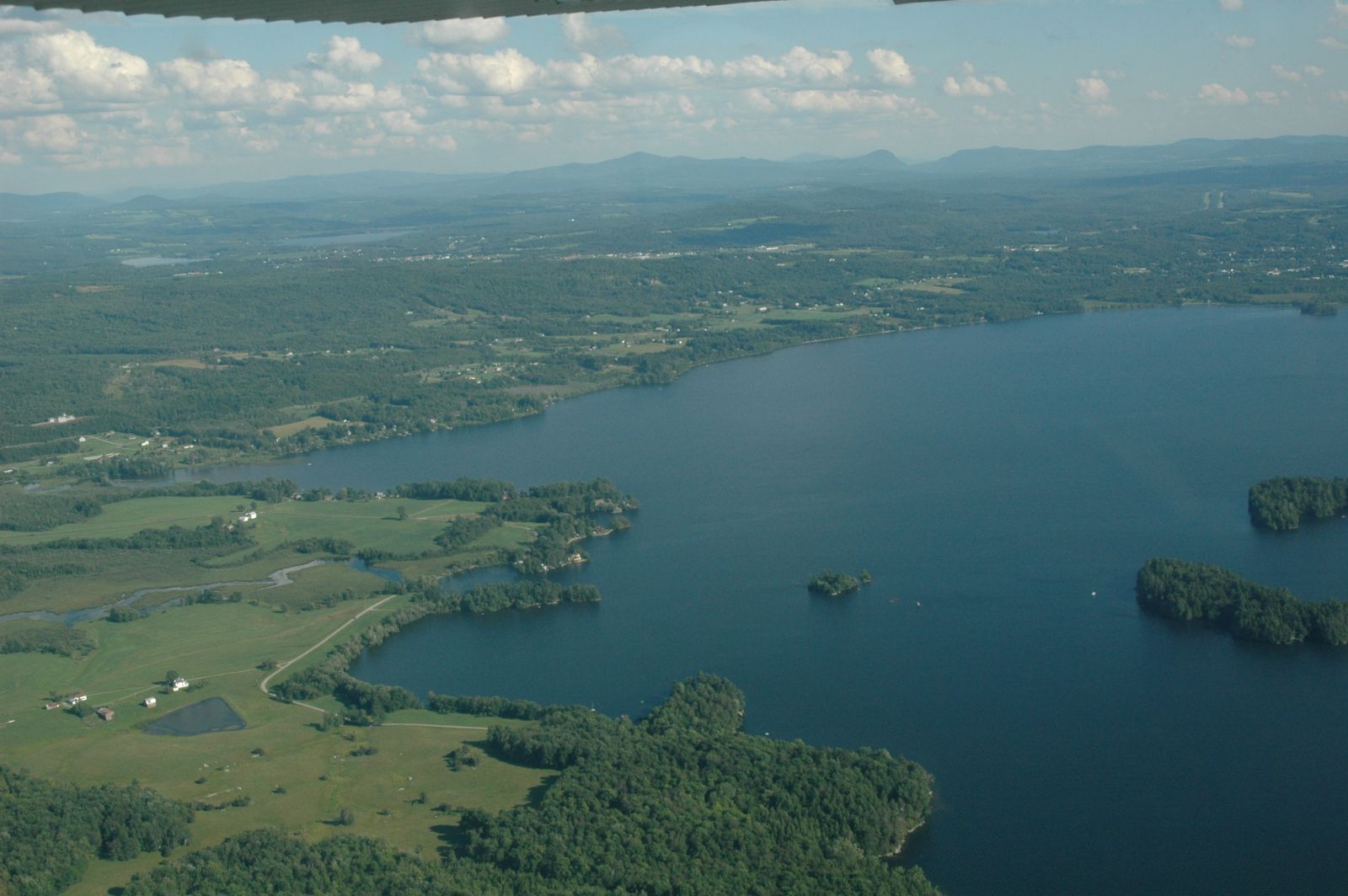 Michael H. Dunn's everlasting gift is now bearing fruit on both sides of the international border. Originally from Montreal, Mr. Dunn was a wealthy investor and art collector whose much loved properties were gifted to the two countries upon his passing in 2009. His will stipulated that the lands be maintained for conservation, public use and enjoyment. Consisting of some 800 acres in all, roughly divided equal in size on both sides of the border, the Dunn properties are of immense recreational and conservation values. They contain a mile long undeveloped shoreline and rare hemlock stands on the Quebec side and another mile of shoreland, wetlands and marshes with several rare or endangered plant and animal species on the Vermont side.

Based on a federal-state cooperation and respecting Michael Dunn's will, a new conservation regime was quickly established in Vermont. Dedicated in 2013 as the Eagle Point National Wildlife Management Area, it is already open to visitors, offering on-site staff, signage, parking areas, recreational trails, wildlife viewing and other low impact summer and winter activities.

Following some initial delays on the Quebec side, the province has also made considerable progress toward the creation of what is to be known as the Michael Dunn Biodiversity Reserve. While some of the legislative requirements and planning are still pending and awaiting public release, initial information on the new Biodiversity Reserve is encouraging.

As required by provincial law, during the fall of 2012 interdepartmental consultations were carried out as well as consultations with the First Nations.

During the past two years the province has carried out biophysical surveys and prepared a preliminary Conservation Plan for the area. A significant milestone was reached on November 13, 2013 when the Michael Dunn property was gazetted as a Biodiversity Reserve. On May 20, 2014, the ministère du Développement durable, de l'Environnement et de la Lutte contre les changements climatiques requested the public's collaboration to protect this natural area. (in French only).

Future steps will involve management plan preparation and its public review as well as key determinations about budgetary commitments and about administrative, operations and maintenance responsibilities. It can be said that the province, guided in part by its own conservation legislation, international conservation standards and by Mr. Dunn's will, appears to be on the right track in designating the Dunn property as a biodiversity reserve. Such a designation indicates the protection of nature as its primary goal, as well as low intensity recreational and educational day-time uses. So far, so good. Quebec deserves credit for its accomplishment to date. However, further progress must occur in order to provide the public with a better sense of the ultimate outcome for this Biodiversity Reserve. The public needs to have a fuller understanding of the province's management guidelines for Biodiversity Reserves. Right now the guidelines are scant. Also, the public needs to know what capital and operational budgetary commitments the province is willing to make since without financial backing the entire enterprise will turn into a paper exercise. Lastly, the public needs to be assured that, while the province seeks partners in operating the Biodiversity Reserve, it retains the key role and responsibility for its administration.